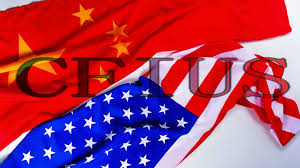 Investors from Australia, Canada and the UK that meet certain criteria will be exempted from some new US restrictions on foreign investment – but New Zealand didn’t make the cut. The three countries have been added to an ‘excepted states’ list and may face different compliance requirements to revised US investment regulations released recently. The finalized rules, which will come into effect on February 13, expand the influence of the Committee on Foreign Investment in the United States (CFIUS) to protect from foreign influence. It gives US President Donald Trump and CFIUS the power to review more real estate transactions, mergers and stock purchases to ensure they do not compromise US national security.

Trump turned to CFIUS – part of the US Department of the Treasury – in 2018 to block a multi-billion-dollar bid by Singapore-based Broadcom to purchase US phone chip maker Qualcomm, citing national security concerns. The exceptions for Australia, Canada and the UK derive from formal defence and security alliances that each of those countries has with the US, as well as similarities with the US in their existing investment screening regimes. New Zealand has not been included in the first iteration of the ‘excepted states’ list.

US officials have informed the Ministry of Foreign Affairs and Trade that New Zealand will be in a strong position to eventually be added to the list, based on our own recently-announced foreign investment screening reforms. New Zealand is a very close partner of the US with a strong defence relationship. However, the defence relationship stops short of a formal alliance, which is a likely factor in determining the ‘excepted states’ list. This is not the first time New Zealand has missed out on exemptions given to its allies by the US, such as Australia and Canada being let off steel and aluminium tariffs imposed by the Trump administration in 2018. The tariffs remain today, despite Prime Minister Jacinda Ardern discussing exemptions for New Zealand when she met with President Trump in New York a year ago. Ardern met Trump again in New York last year on the sidelines of the UN General Assembly, where the trade relationship between New Zealand and the United States was a key topic.

China and South Korea have free trade agreements with New Zealand. New Zealand is also part of the Comprehensive and Progressive Agreement for Trans-Pacific Partnership (CPTPP) which includes Australia, Brunei, Canada, Chile, Japan, Malaysia, Mexico, Peru, Singapore, and Vietnam. New Zealand is also one of three countries the UK considers a top priority for post-Brexit free trade, while discussions between the European Union and New Zealand are ongoing. The Government is currently pursuing a free trade agreement with the US. Deputy Prime Minister and Foreign Minister Winston Peters met with US Vice President Mike Pence in Washington last year for talks.