A Market Destined To Fall

Fourteen years ago, the author of a series of popular personal-finance books predicted that 2016 would bring about the worst market crash in history, damaging the financial dreams of millions of baby boomers just as they started to depend on that money to fund retirement.

Broader U.S. stock markets are recovering from the worst 10-day start to a year on record. But Robert Kiyosaki— who made that 2016 forecast in the 2002 book “Rich Dad’s Prophecy” — says the meltdown is under way, and there’s little investors can do but buy gold or silver and hope the Federal Reserve slows the slide.

Kiyosaki is convinced: The pullback he predicted is happening. “We’re right on schedule,” he said. Investors are seven years into a bull market some fear is getting a bit long in the tooth. In 2002, Kiyosaki wrote that the stock market would crash in 2016 as the first wave of baby boomers began to hit 70 1/2 in 2016 and started taking required-by-law distributions from traditional individual retirement accounts.

He still believes that: “Demography is Destiny,” he said. According to U.S. Census Bureau data, more than 76 million individuals were born between 1946 and 1964. Researchers at the Population Reference Bureau determined in 2014 that 65 million of them were still living. After immigrants are added in, according to that 2014 report, the number of living U.S. baby boomers was back to above 76 million. A market meltdown could imperil those boomers’ retirement plans, taking a badly timed bite out of hard-earned balances in their retirement accounts. And while the sheer number of aging boomers could contribute to stock-market selling pressure, Kiyosaki said, the larger issue today is that it’s hard for investors to figure out where to put money.

“Interest income or cash flow on savings is virtually nonexistent, and capital-gains plays in the stock market are thwarted because stock prices are at record highs,” he said. Whatever burden millions of boomers might put on the market, he said, the situation is being made worse by events overseas, where one big country is wielding the monkey wrench.“China has been in a bubble for 20-something years,” said Kiyosaki. “It has propped up the U.S. economy falsely. When [China] stops importing, the world crashes with them.”

First to go, Kiyosaki said, will be commodity producers like Australia, Canada and African countries, which will drag down the rest of the world’s economies. The collapse in oil prices has been particularly tough for economies such as Australia’s. Market watchers are largely divided about the outlook for China, though every piece of negative data raises new questions about the country’s ability to drive global economic growth. Recent data showed Chinese exports down 25.4% from a year earlier; economists had forecast a drop of 15%. It was the eighth consecutive decline in exports.

Kiyosaki is hardly alone in his bearish view: The “high” probability of a “sharp economic slowdown“in China was cited in mid-March as a top global risk by the Economist Intelligence Unit. It’s concerns included a buildup of bad debt in the country, a weak currency and worries that the government may not be able to shore up its economy.

And ballooning government debt was a key reason Moody’s Investors Service cut its outlook on China’s credit rating in March, also citing money fleeing the country. Kiyosaki, who has written or co-written more than two dozen books — including New York Times best seller “Rich Dad Poor Dad” — has built a fortune mostly on real estate and authorship, rather than the stock market.

But from the outside looking in, he said, investors are ignoring danger signs. The next crash, he said, could have a harsher effect on the economy than the market crashes that have occurred so far in the 21st century. Those crashes included the market rout that ended the dot-com boom in 2000, which erased $5 trillion in market value between March 2000 and October 2002, and the financial crisis of 2007-08, which inspired both a market collapse and a real estate bust.

Kiyosaki said two key factors have emerged since he wrote “Rich Dad’s Prophecy”: the likelihood of a bust in China and the “insanity” of quantitative easing, the Federal Reserve’s controversial multibillion-dollar bond-buying program, which ended in 2014 amid criticism that it had increased demand for risky investments even as supporters said it sustained economic growth.

Meanwhile, China has been throwing money at its banks to keep lending going, and debt quality at financial institutions is a constant theme among worried onlookers. Kiyosaki said he is in the camp that fears Chinese banks will be at the forefront of the next crash.

Kiyosaki said that the combination of demographics and global economic weakness makes the next crash inevitable — but the Fed could stave it off with another round of quantitative easing, which might stimulate the economy. The Fed turned more dovish at its March meeting, with the central bank penciling in fewer interest-rate hikes this year than were previously part of its implied framework. The Fed signaled those hikes would happen more slowly than had been anticipated earlier, owing to a weak global economic environment and a volatile stock market.“The big question [whether] we do ‘QE4,’” said Kiyosaki. “If we do, the stock market will come roaring back, but it’s not rocket science. If we stop printing money, it crashes; if we print money, it goes up. But, eventually, it’s all going to come down.”

For baby boomers beginning to withdraw funds from the stock market, he said, another round of quantitative easing, or QE, might be a particularly welcome occurrence. If Janet Yellen “even hints” about such fresh stimulus, Kiyosaki said, he’d be ready to go back into stock market himself, if only for a short time. Money left in the bank in an ultra-low-rate environment — a big topic as central banks in Japan and the European Union have bitten the negative-rate bullet — returns nothing for savers, he noted.

And for the Fed another round of quantitative easing “could be the last time they pull this stunt,” in Kiyosaki’s view. “The markets might rally, than fall. Because preparing for that coming storm is vital, Kiyosaki often invokes investors to “build a financial ark.”

He thinks investors should own some gold or silver, based on the view that central banks will just have to print money to get out of the next crisis and precious metals are often deployed as a perceived hedge against inflation. Some investors, meanwhile, might look for investments geared toward income, such as rent payments or dividends, rather than appreciation. “If you know what you’re doing and are investing for cash flow, baby boomers — or any investors — may see some gains,” he said. “But for those whose wealth is tied up in the [equity] markets, it’s more like gambling than investing.” 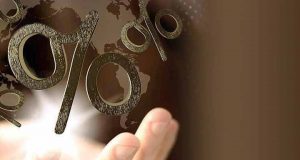 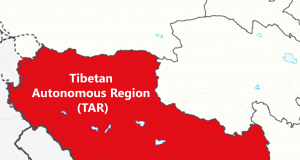 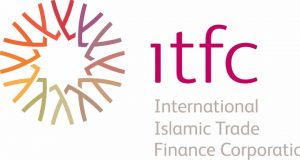