AfCFTA To Increase Africa’s Trade By 50% 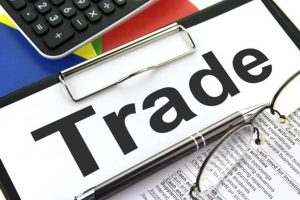 Africa’s dream of creating a borderless $3.4 trillion market is set to face the litmus test in July next year when the African Continental Free Trade Area (AfCFTA) agreement comes into force. Launched in Kigali, Rwanda, in May this year, the signing of the AfCFTA agreement by all but one of Africa’s 55 countries was a major highlight for the continent in 2019. Once fully operational, AfCFTA will become the largest free trade area since the creation of the World Trade Organisation, offering the continent’s 1.2 billion people an opportunity to sell and buy goods with minimal tariff and non-tariff barriers. So far, some 28 countries have ratified AfCFTA, making it a legally valid and binding document. The member countries will in the next seven months be expected to open their borders for trade in ways never seen before, allowing free movement of people and goods and putting to test the continent’s air, railway and road infrastructure. The trade pact is expected to increase the continent’s trade with itself by more than 50 per cent, as it cuts down on import costs while pushing up consumer spending and investment opportunities.