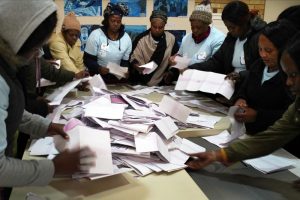 Africa’s labour markets are the most dynamic in the world. Yet, according to the International Labour Organisation (ILO), African countries had some of the lowest unemployment rates in 2018. They include Niger (0.3%), Rwanda (1%), Burundi (1.5%), Madagascar (1.7%), Togo (1.7%), Ethiopia (1.8%), Tanzania (1.9%), Liberia (2%), Benin (2.1%) and Chad (2.2%). African economies also have some of the world’s highest underemployment rates, caused by erroneous policy choices, low levels of productivity and insufficient growth, despite the commitment and hard work of an abundant labour force.

Africa’s population growth poses a further problem. The United Nations expects the continent’s working-age population (those aged 15 to 64) to double to 1.5-billion by 2050 and to reach 2.8-billion in 2100. Providing decent jobs for this huge labour force is perhaps the biggest problem facing the world, not just Africa.

To circumvent constraints on growth, and boost productivity and job creation, African governments should focus on three policy priorities. First, they need to gear macroeconomic policies toward ensuring external competitiveness, including the adoption of flexible exchange rates to mitigate trade shocks. Economic stability is a precondition for sustained growth and hence the creation of decent jobs, particularly in small developing countries that are most vulnerable to shocks.