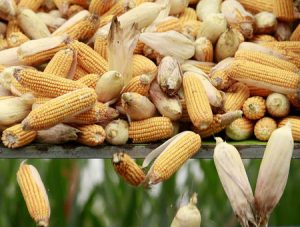 Argentina emerged as a competitor to Australia and Black Sea in the Asian wheat market in 2019 but that trend could be derailed in 2020 after the South American country’s new government raised grains export taxes, including on wheat, casting uncertainty over farmers’ planting plans and future production and exports. According to reports, with Australian production in doldrums due to persistent drought conditions there, it will be wheat from the Black Sea, US, and the European Union that will make its way into the low grade spectrum of the Asian wheat market.

Asia takes in 30% of the world’s wheat exports, making it an undeniably important market. Asian wheat demand is expected to be above 310 million mt in 2020, driven by growth in per capita incomes and rising proportion of young population who prefer western products over traditional rice-based products, according to Oscar Tjakra, senior analyst for Asia at Rabobank.

Asia is also a market where inelasticity of demand is constantly challenged as end-buyers attempt to strike a balance between quality and cost. For example, buyers in Southeast Asia, who traditionally bought wheat from Australia, have in the past year cultivated a taste for cheap wheat from the Black Sea and Argentina. Asian buyers have covered majority of their Q1 demand from Argentina, but with expectations of a slightly lower crop due to dry weather conditions and an increased export tax to 15%, it is likely that exports will fade out from end April onwards.