Bill To Ratify Trade Agreement With Canada And Mexico 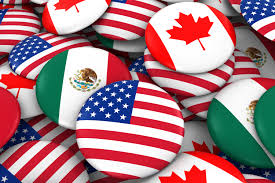 The U.S. House of Representatives has passed legislation to ratify the United States-Mexico-Canada Trade Agreement (USMCA) and create an unprecedented level of oversight over another country’s labor relations. If the bill becomes law, it could prompt even greater reforms to Mexico’s labor laws.

As part of the USMCA, Mexico agreed to reform its labor laws. Under the terms of the USMCA, Mexico must implement new laws to protect workers’ rights to collectively bargain and democratically elect a union, among other major changes. The reforms were fully supported by Mexico’s president, Andrés Manuel López Obrador, and the Morena Party, which controls Mexico’s congress. The expected changes likely will spur greater — and more confrontational — independent unionization than Mexico has experienced in decades.

Mexico quickly ratified the USMCA and, on May 1, 2019, passed legislation to overhaul its federal labor laws that address the reforms required by 2023. The United States still has not ratified the USMCA. The U.S. House of Representatives, controlled by Democrats, sought ways to ensure Mexico would fully implement its promised labor law reform, and enforcement of Mexico’s labor reforms became the critical priority (and the cause of delay) to ratification.