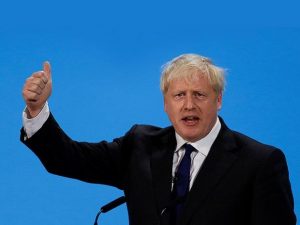 Boris Johnson is preparing to set up a dedicated new Brexit team by the end of next month as he seeks to take control of talks on Britain’s future relationship with the European Union. The unit – reportedly named ‘Taskforce Europe’ – will replace the Department for Exiting the European Union when it shuts down on 31 January, the date on which Britain is due to leave the EU.

This team will be run from the heart of government in Number 10 and the Cabinet Office, with personal oversight from the Prime Minister. Led by Mr. Johnson’s most senior Europe adviser David Frost, the team will be responsible for implementing the Withdrawal Agreement as well as leading on negotiations for a free-trade agreement with the EU. The reports of a new unit to lead on a post-Brexit deal with the EU comes after the president of the European Commission cast doubt on Mr. Johnson’s timetable for agreeing a pact. Britain is currently due to remain in a transition period with the EU, staying broadly aligned with its rules, until the end of 2020. But Mr. Johnson has vowed not to extend that period, fixing a deadline to discussions on the deal that will replace it.