Home » Open Trade » Africa » Brexit Can Be An Opportunity For Africa

Brexit Can Be An Opportunity For Africa 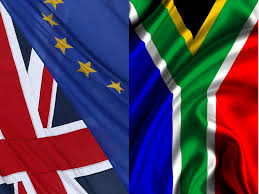 African leaders, especially the ones from former British colonies who already have significant trade relations with the UK, doubled down on their efforts to charm Britain into making them primary trade partners after Brexit. African countries have signed countless cooperation agreements with nations across the world, from the EU to the US and Turkey. Africa is the world’s second-fastest-growing region, and yet 100 million more Africans live in extreme poverty compared with the 1990s. Sub-Saharan Africa, in particular, is home to the largest share of people living in extreme poverty.

Most African countries are blessed with huge reserves of precious natural resources as well as young and capable populations. Moreover, they have long been receiving financial support from the international community. While all this could not have reversed all the damage colonialism has done to the continent, under better domestic conditions, it could have triggered an economic boom and carried most African nations out of poverty. Brexit can be an opportunity for Africa, but only if the continent’s leaders finally move away from corruption and start working to help their people rather than themselves.