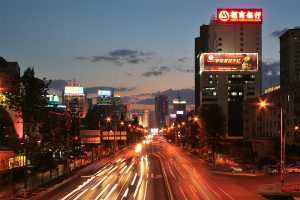 The sixth Cambodian trade centre was recently inaugurated in Yunnan province, China. The centre will facilitate trade promotion of Cambodia in the world’s second-largest economy. This centre in Kunming city and other trade centres that were already opened will contribute in promoting cooperation between Cambodia and China, particularly boosting bilateral trade between the two countries. There are six Cambodian trade centres in China: in Kunming, Guangzhou, Hainan, Xi’an, the Special Administrative Region of Hong Kong and Shangdong. According to the Council for the Development of Cambodia, China is the biggest investor in Cambodia, accounting for 56 percent of all foreign direct investment. In the first eight months of the year, it invested $7.8 billion.

In 2018, bilateral trade between Cambodia and China was valued at $6.5 billion, up 15 percent compared with a year before, when it was valued at $5.6 billion, according to figures from the Ministry of Commerce. Deputy Prime Minister Chhay Ly said by end of 2019, it’s expected the two-way trade between the two countries will reach $8.2 billion, a 27 percent year-on-year increase.