China To Reduce Import Levies On Pakistan’s Goods From 2020 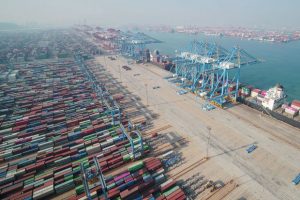 China has announced to reduce taxes on goods imported from Pakistan alongside 22 other countries, from January next year, the finance ministry announced. As per the statement, goods from countries including Pakistan, New Zealand, Peru, Costa Rica, Switzerland, Iceland, Australia, South Korea, will also be subject to even lower levies under re-negotiated bilateral trade agreements.

It further said that from July 1, 2020, China will also implement the fifth step of tax reduction on the 176 information technology products’ most-favored nation tax rates, and at the same time, adjust the provisional tax rates on some of these information technology products accordingly. China said that the measures are conducive to reducing import costs, promoting the orderly and free flow of international and domestic factors, and promoting the construction of a new level of open economy.