China’s Border Trade With Pakistan On The Rise 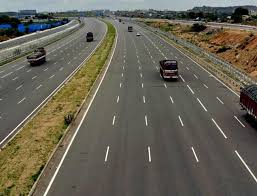 With the construction of the China-Pakistan Economic Corridor (CPEC) and Pakistan’s domestic economic growth, the trade volume surged this year at a major border port between China and Pakistan. Cargo import and export reached 66,600 tonnes in the first 11 months at Khunjerab Pass in northwest China’s Xinjiang Uygur Autonomous Region, up 46.8 percent from the same period last year. Trade volume increased by 1.4 times to 5.99 billion yuan (around 856.3 million U.S. dollars) during the same period, according to a report.

Khunjerab Pass is a major trade port between China and Pakistan, and an important gateway to South Asia and Europe. China mainly imports textiles, agricultural products and daily commodities there, and exports plants and herbs. The total value of imports and exports from Xinjiang ports to Pakistan  from January to November 2019 was 5.5 billion yuan, an increase of 1.2 times compared with the same period last year. Among them, exports to Pakistan were 5.49 billion yuan, an increase of 1.3 times, mainly in textiles, apparel, and mechanical and electrical products.