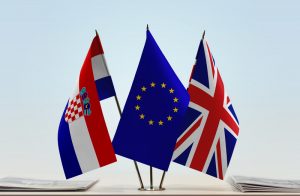 Brexit and EU enlargement will be priorities during Croatia’s six-month presidency of the bloc, Foreign Minister Goran Grlic Radman said recently. Britain is due to leave the European Union on Jan. 31 but will remain in a transitional arrangement until the end of the year while negotiators try to thrash out future trade ties. European Commission chief Ursula von der Leyen recently expressed concern over whether the EU can conclude a post-Brexit trade deal with Britain by the end-2020 deadline. Another challenge for the Croatia EU presidency will be Western Balkans countries wanting to join the bloc “as there have been different approaches when EU enlargement is concerned,” Grlic Radman told N1 television channel. He spoke from Vienna where he marked the start of his country’s presidency in a ceremony at the embassy there.

Out of the Western Balkans countries only Serbia and Montenegro are in the process of negotiations while Albania and Northern Macedonia are yet to start talks. Kosovo and Bosnia meanwhile are seriously lagging behind, the latter due to its complicated post-war political system that blocks reforms needed to become an EU candidate country.  Along with Slovenia, who joined in 2004, Croatia is the only country emerging from the former Yugoslavia to have become an EU member. It joined the bloc in 2013.