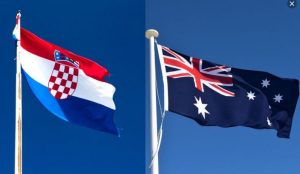 The Free Trade Agreement, which has plagued the European Union and Australia for the past eighteen months, will open up vast opportunities for Croatian companies to step into the large, and hitherto poorly explored, Australian market, which has been continuously recording positive growth rates for the last thirty years.

Despite a diaspora of about 200,000 expatriates from Croatia and their descendants, of the 55 billion dollar annual exchange between Australia and the EU, Croatia contributes a negligible 23.8 million dollars, and Croatian companies such as Podravka and Mlinar remain exceptions. A free trade agreement could open the door to stronger ties, which, with five rounds of talks in a year and a half, is extremely fast for Brussels.

Australia has concluded eleven trade agreements with countries in the Asia-Pacific over the last fifteen years and today 68 percent of trade is facilitated through preferential arrangements. If it successfully completes negotiations with the EU, that figure will reach 80 percent. The negotiations, however, are entering a phase where more difficult issues are raised, such as EU barriers to agricultural products, customs on EU industrial goods that directly affect the European automotive industry, and also the issue of protection of geographical origin.