in America, In News, Whats New 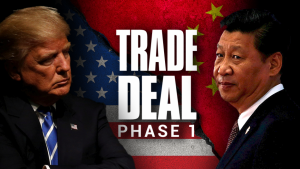 China has committed to making large scale purchases of US$200 billion of American goods as part of the phase one trade deal. Purchase target for manufactured goods of around US$75 billion, with China also committing to buy huge amounts of energy, agriculture and services. The target for manufactured goods purchases will be the largest, worth around US$75 billion, US$50 billion worth of energy, US$40 billion in agriculture and US$35 billion to US$40 billion in services.

The Wall Street Journal suggests that the deal will take place in the White House at 11:30pm Eastern time (12.30pm in Hong Kong), with around 200 guests set to be invited including representatives from US trade groups. The Journal also reported that China and the US have agreed to restart a comprehensive economic dialogue every six months, led by Liu and Mnuchin. 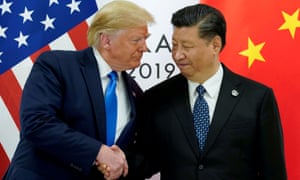 The United States removed China from a list of currency manipulators, a sign that the relationship between the world’s two largest economies was thawing slightly in the lead up to the signing of the phase one deal. US exports of crude oil and related products have fallen considerably since the trade war started. During the four months of July-October 2019, the latest data available from the US Energy Information Agency, exports averaged about 7.2 million barrels per month, or about half the volume during the same period of 2017. The deal will bolster intellectual property protection, and also has chapters on forced technology transfer, currency, and market access to key sectors in the Chinese economy, including financial services and agriculture. It will contain an enforcement provision, through which the US will unilaterally be able to reimpose tariffs should China not hold to its commitments, including the purchase agreements. According to White House trade adviser Peter Navarro, the enforcement mechanism permits US trade representative Robert Lighthizer to reimpose tariffs within a 90-day period.