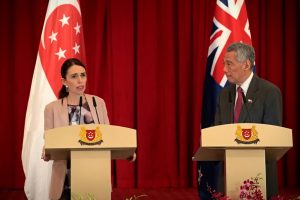 The upgraded Agreement between New Zealand and Singapore on a Closer Economic Partnership (ANZSCEP) has been ratified by the two nations and will enter into force on Jan 1, 2020. The upgraded agreement adds e-commerce and regulatory cooperation chapters to the ANZSCEP, Singapore’s first and New Zealand’s second bilateral Free Trade Agreement (FTA) that became effective Jan 1, 2001. The agreement will address modern trade issues and improve trade rules and provisions that are in line with newer FTAs that Singapore and New Zealand have entered into.

All tariffs for Singapore’s exports to New Zealand were eliminated under ANZSCEP, which came into force in 2001. It also provided for tariff preference based on the exporter’s declaration, safeguards for market access and protection for Singapore investors and investments in New Zealand. The FTA ensured a more predictable operating environment for service suppliers.