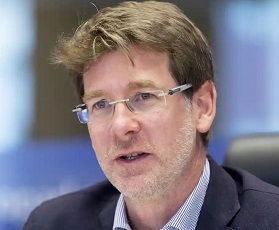 The EU’s trade deal with four South American countries will not be ratified in its current form because it contradicts Europe’s plans to confront the climate emergency, a leading MEP has said. Pascal Canfin, a Frenchman who chairs the European parliament’s environment committee, said he could not vote in favour of the EU trade deal with Argentina, Brazil, Paraguay and Uruguay (the bloc known as Mercosur).

Under Brazil’s far-right president, Jair Bolsonaro, about two football pitches of Brazil’s Amazon rainforest are being lost every minute, the highest level of deforestation in a decade, pushing the country off track from its climate targets.

Any wide-ranging EU trade deal that strays into national government competence must be ratified by around 35 national and regional parliaments, as well as the European parliament. The EU-Mercosur trade pact was agreed in June after two decades of stop-start negotiations, but in September as fires raged in the Amazon as a result of land clearance by farmers and developers, Emmanuel Macron threatened to block the deal.

Although the pact includes a chapter intended to protect social and environmental standards, Canfin said it was not enough and the protections should be enforceable and legally binding. Trade is just one piece of the plan, which is intended to transform the EU into a net zero carbon emissions economy by 2050.