in In News, Uncategorized, Whats New 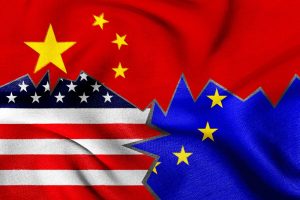 Representatives of the European Union, the United States and Japan announced their agreement to strengthen existing rules on industrial subsidies and condemned forced technology transfer practices. In a meeting held in Washington, the EU, the U.S. and Japan agreed that the current list of subsidies prohibited under the World Trade Organization’s (WTO) rules is insufficient to tackle market and trade distorting subsidization existing in certain jurisdictions. They concluded therefore that new types of unconditionally prohibited subsidies have to be added to the WTO Agreement on Subsidies and Countervailing Measures.

The EU, U.S. and Japan also agreed that for particularly harmful types of subsidies, such as excessively large subsidies, the burden of proof should be reversed: the subsidizing WTO member must demonstrate that there are no serious negative trade or capacity effects and that there is effective transparency about the subsidy in question. The signatories of the statement also reaffirmed the importance of technology transfers for global trade and investment and discussed possible core rules to be introduced to prevent forced technology transfer practices of third countries.