European Economy Hopeful Of Recovery In 2020 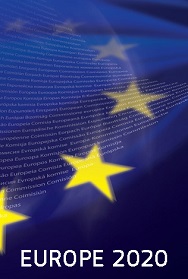 European policy makers hope that stronger growth will materialize as global headwinds recede. But a look at what awaits the four largest European economies next year shows that governments everywhere are hanging at the mercy of a continuous slowdown, as the persistent recession of the manufacturing sector begins to spill over into the rest of the economy. Many countries also suffer from self-inflicted harm that they haven’t done much to tackle during the recovery.

The United Kingdom will leave the European Union legally at the end of January but enter a renewed period of uncertainty after Prime Minister Boris Johnson’s decision to clinch a deal with the EU before the end of 2020. It’s an impossible achievement that means a possible trade treaty would only cover the exchange of goods and leave aside the services sector, notably finance services, which is crucial for the U.K. economy.

The government seems unable to decide whether or not to do more to support the economy through much-needed public investment. But with unemployment at barely more than 3%, less than half the EU average, there are little incentives for Berlin to decide major fiscal expansion.