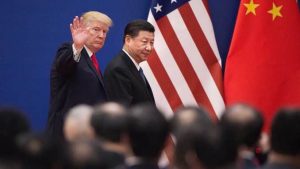 European shares treaded water as investors awaited the signing of an initial trade truce to end a prolonged U.S.-China tariff dispute, with attention also turning to the fourth-quarter corporate earnings season. The Phase 1 Sino-U.S. trade deal, due to be signed in Washington soon, marks the first step in winding down the prolonged and damaging trade war. In further signs of goodwill, the U.S. Treasury Department dropped China’s designation as a currency manipulator, while another report said China had pledged to increase buying of U.S. manufactured goods over the next two years.