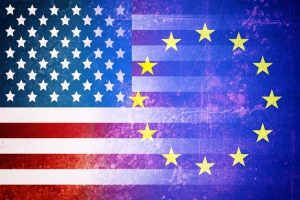 Europe faces hostility from the US, China and Russia owing to its undeniable economic weight in the world and principle of shared sovereignty. But it is still far away from achieving strategic and economic autonomy. The European model, after all, is based on the principle of shared sovereignty among states in crucial areas such as market standards and trade. That liberal idea is antithetical to the American, Chinese and Russian view of sovereignty, which places the prerogative of states above global rules and norms of behaviour. Shared sovereignty is possible only among liberal states; unalloyed sovereignty is the preserve of populists and authoritarians.

China’s view of Europe is not so different from Trump’s. While the Chinese have taken advantage of the European single market by acquiring footholds in key EU countries, the last thing they want is for Europeans to share sovereignty in controlling foreign investment, such as through the new screening mechanism launched in April. China has been cultivating financial dependencies in the Balkans, knowing full well that if these countries become EU members, they will be subject to stronger transparency requirements.

Russia, too, resents European unity. Although some EU member states oppose continued sanctions against Russia, all have respected them. Still, Europe is hardly a monolithic bloc when it comes to Russia. Despite Europe’s energy-independence objectives, Germany is cooperating with Russia in building the Nord Stream 2 gas pipeline. For a while, Germany also stood in the way of a firmer EU policy vis-à-vis China, owing to the German auto industry’s reliance on the Chinese market. But Germany’s position has changed since 2017, with its leaders finally taking stock of the risks posed by Chinese takeovers in sensitive industrial sectors.

The frequent claim that Europe is incapable of playing a global role is thus simply incorrect. Compared to a more isolated developed country like Japan, Europe is quite strong indeed. While Japan has been at the mercy of US tariffs on imported steel, the EU has retaliated in kind. And while Japan has had little choice but to accept a bilateral trade deal with the US (“in principle”), Europe has stonewalled the Trump administration’s attempts to overhaul the US-EU trade arrangement.