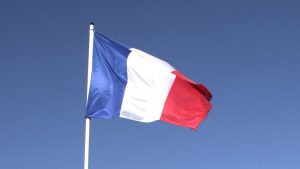 Paris is looking for ways to avoid US sanctions in order to relaunch and deepen economic cooperation with Moscow, French Finance Minister Bruno Le Maire has reportedly said. Le Maire was apparently referring to recent US measures targeting companies involved in the construction of the underwater Nord Stream 2 pipeline, which is set to deliver Russian gas to Germany and other European customers. The launch of the project was recently postponed as Swiss-Dutch firm Allseas decided to stop the works in the Baltic Sea, where the last kilometers of pipes were set to be laid. France has its own interest in the multi-billion-dollar project, as its energy provider ENGIE holds a nine-percent stake in it, along with other foreign investors. Le Maire and his Russian counterpart, Economic Development Minister Maksim Oreshkin, signed a ‘roadmap’ to further boost economic ties between the two nations. The agreement covers some joint projects in the energy, nuclear and space sectors, among others.