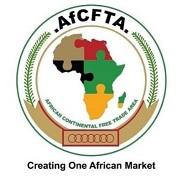 The African Ministers of Trade Meeting and the AfCFTA Council of Ministers Meeting will follow from December 14 to 15, 2019. “The 17th African Continental Free Trade Area (AfCFTA) Negotiating Forum will seek to finalise outstanding works on phase one negotiations which deals with the trade in goods and services protocols as well as dispute settlement mechanisms,” the statement explained.

The AfCFTA is a Single Market (Duty-free, Quota-free) covering the entire African Continent with a total population of 1.2 billion and a combined GDP of almost $3 trillion. The AfCFTA seeks to increase intra-African trade through better harmonisation and coordination of trade within the African continent. It is estimated that intra-African trade will increase by as much as $35 billion per annum or 52 per cent by 2022.

The Free Trade Area also aims at addressing the challenge of small fragmented markets in Africa by creating a single continental market which will lead to economies of scale; add value to Africa’s abundant natural resources and promote economic diversification and industrialisation. It is also envisaged to develop regional value chains and facilitate cross border investments; enhance access to an expanded market for SMEs in Africa on preferential trade terms; attract Foreign Direct Investments (FDI) into Africa with strong regional and local content; facilitate the integration of Africa economies into global markets and thereby significantly improve the Terms of Trade for African countries; among others.