West Bengal is a spectacular state adorned by natural beauty, exquisite lyrical poetry and enthusiastic people.The state is known all over the world for its expertise in art and craft but the artisans have very little capital to access and explore the large market potential. The state ministry of micro-small scale enterprises & tourism is now acting as a market and business facilitator for these small craftsmen who were missing out on the big-‘Great West Bengal tourism bonanza’. The tourism in Bengal with a range of traditional artifacts and ancient handlooms relentlessly offers something new to discover and unforgettable to experience.

Shri Manabendra Mukherjee, Minister- in- charge, Micro and Small scale enterprises & textiles & tourism department; Government of West Bengal, in an exclusive interview speaks to Amrita Chatterjee of newmedia, revealing the focus of the government in making West Bengal one of the greatest tourist destination of India by giving major emphasis on the economic growth of the micro-small scale enterprises. 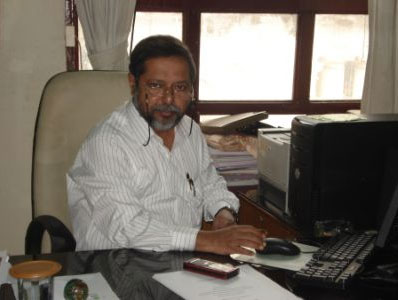 The West Bengal tourism has already started making its presence in India and abroad, what are the current focuses of the government in developing the tourism sector of the state in a holistic way?

Our current focus is to bring the probable places of West Bengal to play a major role in the progress of the West Bengal tourism. Due to increasing number of tourists visiting all round the year, the West Bengal government is taking great initiative for developing the tourism industry here in a holistic way. Focus is currently on Sunderbans, the unique mangrove forest, which is a home to the famed Royal Bengal Tiger and attracts many tourists from all corners of the world. Apart from Sunderbans, we have identified some other spots like Mandarmani, Sankarpur, which enunciate great natural beauty of the sea and places like Bankura Vishnupur, Murshidabad are of great historical importance. There are also plans to develop the Tea tourism in Darjeeling as a promotional venture for the tourism in Bengal. Besides getting support from the Government of India, about 250 million rupees will be spent on tourism.

The West Bengal districts as you mentioned are indeed very rich but a large amount of people come to Kolkata city first, what more can be done to make the city attract more tourists in future.

Kolkata has remarkable features of its own, like it has a very old place known as China town, mainly inhabited by the Chinese, which is the only one of its kind in the country. It offers a range of Chinese restaurants with best Chinese cuisine, extremely popular with the people of Kolkata. But there is still a huge scope of development by making the area more tourists friendly. We have plans to develop it into an eco-tourism destination. Apart from this, the government is extending its infrastructural development plans, like construction of roads, bridges etc. We are emphasizing greatly on the PPP model and lots of private investors are showing great interest in this partnership model.

You have greatly emphasized on the Public Private Partnership, how far it has been successful in bringing a significant change in the tourism sector?

We are processing the cruise river project under PPP model. We are getting good support at all levels including the government of India. You see, Kolkata is situated on the banks of river Hooghly, the river itself is such a beautiful property, a major tourist attraction. From Kolkata to Lalbagan Murshidabad, along the river we are developing 10 destinations for national & international tourists, an endeavor floated under PPP model. We have ambitious plans to develop tea gardens for tourism in Darjeeling, also restore the old palaces of Murshidabad, and convert one to a heritage hotel. Murshidabad is a historic place. Also, as I said earlier, places like Vishunupur, Bankura, Bolpur Shantiniketan, make each district extremely rich in culture and heritage and all the ventures are worked out on the basis of PPP model.

How is the State’s significant growth in tourism giving a boost to the micro-small scale enterprises; kindly highlight the initiatives taken by the government?

Tourism in West Bengal is a wonderful revenue earner for the local people. West Bengal Tourism has enhanced the economic activities of the state. Due to the increasing number of tourists that visit the state every year, the West Bengal Government is taking great interest in developing the Tourism Industry here. As a part of this, the micro-small scale industry is given boost on a priority basis. Under various schemes of the government, artisans in the villages are given hand-on training. The growth of tourism helps support the micro-small industry to a large extent and the government is trying to create bigger and better opportunities for micro-small entrepreneurs with the development of the tourism industry.

Are there any specific plans for promoting health tourism in the state?

Well,it’s a fact that the state has potential for health tourism also, but now it’s too early to comment on it. I know a large number of people from Bangladesh and adjacent countries like Nepal, Bhutan, etc. come to Kolkata for treatment, but then there is nothing right now to be specifically promoted or said as health tourism.

What are the steps taken by the government in attracting more private investors in the state?

Yes, a lot depends on how many private investors we can attract, lot many investors here have started their ventures successfully and many more are coming forward. Government initiative is focused on the infrastructure development in order to create an advantageous atmosphere for the development of tourism in the state. Government is extending its support to the private investors, as I said earlier; it’s all based on PPP model.

In many cases it has been observed that the private investors have violated environmental norms by constructing hotels, resorts unscrupulously. What’s your take on that?

Environmental protection norms have to be strictly adhered to by the investor, stress is more on eco-tourism. An activity that causes harm to our environment will not be tolerated at any level.

A food festival is coming up in January in Kolkata organized by your department, how such endeavors helps in alluring tourists at large?

Bengal is known for its exotic cuisines, the food festival is organized in winter in alliance with NGOs, the local media etc. It’s a part of our promotional program, which will highlight the rich culture of Bengal. Apart from organizing such festivals, we are greatly concentrating on good publicity through websites, publications etc. We are actively participating in the tourism fair both in India and abroad. The Union Ministry of India is greatly supporting our endeavors.

What are the challenges ahead…Security?

Yes, security indeed is a factor, the recent terrorist attacks in Mumbai has stirred not just the nation but also the whole world. Every state and the country at large has to ensure adequate security to its people and foreign nationals that visit our country. But then we are also facing the challenge of the present economic downturn. There is a major drop of tourists and the tourism industry is hit hard by the recession. You see, tourism is not a basic need, its leisure and with the present economic slump, people can’t really afford such leisure anymore. Thus overcoming the recession is the biggest challenge now.

Finally, your vision in making West Bengal as one of the greatest tourism hub of India…

West Bengal has tremendous potential for tourism. Every state of Bengal is rich and has its own distinct features. We are committed to making Bengal as one of the greatest tourism hub of India. The vision is to create more job opportunities, give boost to the micro-small industries, and carry forward the historically and culturally rich inheritance of Bengal.