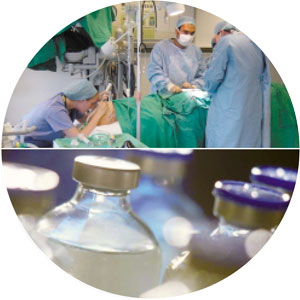 Close on the heels of the IT and pharmaceuticals industries, the Indian healthcare sector is emerging as a global player. Recognizing its potential, the government has initiated both policy and budgetary measures to induce the flow of huge investments into this sector. Various hospital groups have launched expansion plans across the country to cope with fast-rising domestic as well as foreign demand for healthcare.

The Indian healthcare sector has been growing rapidly in the past few years. It has the relevant skill-sets with adequate human resources to become a dominant healthcare player in emerging countries across the globe. Increasing urbanization, superior demographics, better health consciousness and higher life expectancy has enhanced the demand for quality healthcare.

According to the report by PricewaterhouseCoopers – ‘Healthcare in India: Emerging market report 2007′ – today the value of Indian healthcare sector is US$ 34 billion and is projected to grow to nearly US$ 40 billion by 2012. Funds in the sector have been largely private i.e. 60 % of all outpatient care in India and as much as 40 % of all in-patient care. Nearly 70 % of all hospitals and 40% of hospital beds in the country are in the private sector, according to the report.

The recent Union Budget has been favorable to the healthcare sector. Finance Minister P Chidambaram has proposed to allocate Rs16, 534 crore to the health sector, which contributes to 6.05% of GDP, for FY 2008-09. He has also hiked the allocation to the National Rural Health Mission by 15% and has announced a health cover of Rs 30,000 for every worker in the BPL category. The healthcare sector would contribute around 7-8% in the next five years. The budget has hiked the allocation to health sector by 21.9% to Rs. 15,291crore. Further five-year tax holiday for setting up hospitals in tier II and tier III regions for providing healthcare in rural areas from April 1, 2008 in order to serve the rural hinterland. This window will be open for the period April 1, 2008 to March 31, 2013, during which the hospital must commence operations.

The Government has also been proactive in encouraging prospects in this sector with a number of initiatives: A new category of visa “Medical Visa” (’M’-Visa) has been introduced which can be given for a specific purpose to foreign tourists coming into India. Guidelines have been formulated by the Department of AYUSH prescribing minimum requirements for Ayurveda and Panchkarma Centres.

Apollo Hospitals, Asia’s largest healthcare group, is planning to expand its operations by setting up 50 hospitals across the country, including many in tier-II cities. It will invest US$ 5-9 million in each of the facilities. Apollo, which has 39 hospitals in India , will spend US$ 203 million by 2009 and take up its bed count to 9,600 from 8,000 now.

Fortis Healthcare Ltd will add 28 hospitals to its 12-hospital chain by 2012. Global Hospitals in Hyderabad, which had a modest beginning as a 150-bed facility dedicated to multi-organ transplantation in Hyderabad, is set to invest close to US$ 178 million in a couple of years to set up hospitals in other metropolitan cities. Mumbai-based healthcare firm Wockhardt Hospitals is planning to set up 14 super-speciality hospitals across the country over the next two years, which could entail an investment of up to US$ 152 million.

With less than 10% of the population having some sort of health insurance, the potential market for health insurance is huge. A McKinsey-CII report estimates the number of potential insurable lives at 315 million. In 2006-07, the fast-growing Indian health insurance business grew 40% to US$ 812 million. Health insurance has projected to grow to US$ 5.75 billion by 2010, according to a study by the New Delhi-based PHD Chamber of Commerce and Industry.

Medical equipment and IT

Investments into the medical and surgical instruments segment amounts to US$ 115.29 million over the period August 1991 to April 2007. A recent FICCI-Ernst & Young study has predicted 15-20% growth for the Indian medical equipment market and estimated market size to be about US$ 5 billion by 2012.

According to a report by Springboard Research, India has the fastest growing healthcare IT market in Asia, with an expected growth rate of 22%, followed closely by China and Vietnam. In fact, the Indian healthcare technology market is poised to be worth more than US$ 254 million by 2012.

The CII-McKinsey study estimates that revenues from medical tourism could touch US$ 2.2 billion by 2012 (from the current figure of US$ 333 million). In recognition of the quality of healthcare delivery services in India, a number of Indian hospitals have received accreditation from international agencies worldwide. Indraprastha Apollo Hospital ( New Delhi), Apollo Hospital (Chennai), Apollo Hospital ( Hyderabad), Wockhardt Hospital (Mumbai) and Shroff Eye Hospital (Mumbai) have been accredited to the leading healthcare accreditation agency in the United States, Joint Commission International (JCI). NHS of the UK has indicated that India is a favoured destination for surgeries. The British Standards Institute has now accredited the Delhi-based Escorts Hospital.

The future of this sector looks bright and promising. Both, the government and private sector enterprises are joining hands to boost the Indian healthcare industry. 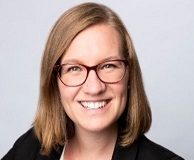 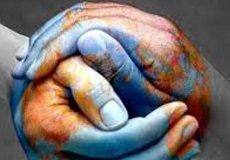 Health And Human Rights Must Go Hand In Hand 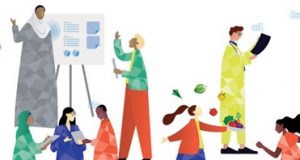 WHO Global Meeting to Accelerate Progress on SDG target 3.4 on NCDs and Mental Health