Home » In News » Island Interests In The Spotlight After Brexit

Island Interests In The Spotlight After Brexit 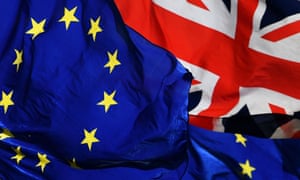 Jersey will work to reforge its business links around the world as the UK looks to broker new trade deals with the likes of the EU, US, Australia and New Zealand after Brexit, a new government report says. Following the passing of the Withdrawal Bill in the House of Commons earlier this month, the UK is preparing to renegotiate free trade deals with a number of countries after it leaves the EU on 31 January.

In a Brexit update report, External Relations Minister Ian Gorst says that the government’s Brexit team will need to continue work to secure Jersey’s interests as this happens. The report adds that the recent extension of the UK’s membership of the World Trade Organisation to the Island would allow it to trade more freely internationally post-Brexit.

The report says that the trade deal between the UK and EU will be the ‘principal’ priority for Jersey but that new business links further afield will also be considered. The report adds that the results of the Brexit team’s ‘Let’s Talk Trade’ consultation are due to be published soon and will focus on the island’s potential interests in both EU and third-country FTAs.

The Comprehensive and Progressive Agreement for Trans-Pacific Partnership is a free trade agreement between Canada and ten other countries in the Asia-Pacific region: Australia, Brunei, Chile, Japan, Malaysia, Mexico, New Zealand, Peru, Singapore and Vietnam.