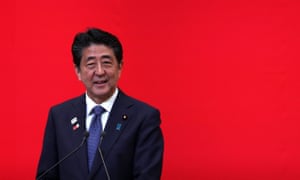 In the wake of the U.S. killing of a top Iranian general, Japanese Prime Minister Shinzo Abe called on all parties in the conflict to solve their problems through diplomatic means. Abe is deeply concerned about the situation in the Middle East following the killing of Qasem Soleimani. Abe also urged parties to avoid any escalation in the region and stressed the importance of diplomacy for resolving problems in the region.

Reiterating that Japan is planning to dispatch forces to the Gulf of Aden, as announced before the Soleimani assassination, Abe said this will help secure ‘the safe navigation of commercial ships,’ ensure security in maritime trade routes, and reduce tension in the Middle East.

Kyodo reported late last month that the naval forces were being sent for information-gathering activities to help ensure the safety of a key oil shipping lane. Soleimani, the head of Iran’s Revolutionary Guards’ elite Quds force, was killed by a U.S. drone strike along with Abu Mahdi al-Muhandis, the senior commander of Iraq’s Hashd al-Shaabi forces, and eight others.

Iran’s leadership has vowed to avenge Soleimani’s death, and President Hassan Rouhani said the assassination has redoubled Iranians’ resolve to stand up to U.S. advances and defend Islamic values.