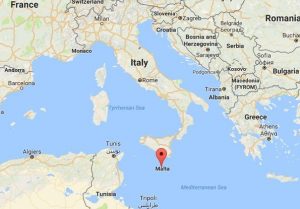 A strategy for strengthening relations between Malta and the continent of Africa was launched for public consultation, highlighting the already established connections between Europe’s smallest member state and the second-largest continent in the world. The strategy, which seeks to guide Malta’s path forward between 2020 and 2025, seeks to deepen and strengthen the relationship between Malta and Africa, as a union of over 50 countries. The main thrust would be based on three main pillars – trade, diplomacy and development.

Ronald Micallef, the Permanent Representative to the African Union harked back to the 1800s, when Maltese explorer Andrea Debono became the first European to discover the source of the White Nile in sub-Saharan Africa. Bringing his speech back to 2020, he said Maltese professionals could tap into Africa’s space and video game industries, which have yet to fully take off.

Abela said Malta had always traditionally enjoyed good relationships with the nations of the Maghreb, traditionally through missionaries and aid workers, but also with the developing countries of Africa, but said it was time to change the ‘monochrome’ view some had of the continent.

Abela said Maltese businesses must be part of the narrative of growth and opportunities in Africa. His Ministry which is responsible for Trade Promotion, will be leading trade delegations to Ghana, Ethiopia and Ivory Coast as well as an exploratory visit to Rwanda whilst also celebrating the opening of the first Maltese Diplomatic Mission in Africa, in Ghana.