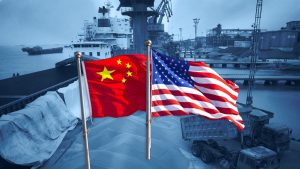 Oil prices rose buoyed by a potential breakthrough in the Sino-U.S. trade war and OPEC-led efforts to constrain supply, although trading was quiet as many markets were in holiday mode.

“Oil prices continue to show year-end strength supported by a combination of definitive progress on the U.S.-China trade deal, the Dec OPEC/OPEC+ agreement, and slowing shale activity,” said Stephen Innes, chief Asia market strategist at AxiTrader. “All of which is pointing to a stronger performance for oil prices in Q1 than anyone had thought only two months ago.”

U.S. President Donald Trump recently said he and Chinese President Xi Jinping will have a signing ceremony for the so-called Phase 1 agreement to end their trade dispute that was put together earlier this month. The roughly 17-month trade war hit global economic growth and demand for oil, leaving prices range-bound for the most of the year.

Lower demand also rendered supply cuts by the Organization of Petroleum Exporting Countries (OPEC) and allies including Russia less effective in supporting the market. The so-called OPEC+ grouping agreed in November to extend and deepen production cuts that would take as much as 2.1 million barrels per day (bpd) of supply off the market, or roughly 2% of global demand.