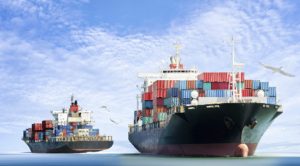 The euro, the pound and a clutch of trade-sensitive currencies rallied as the dollar slid to a six-month low, as investor confidence in global growth prospects and the Phase 1 U.S.-China trade deal spurred a risk-on move. The first phase of an American trade deal with China would be signed on Jan. 15 at the White House.

The dollar index was down 0.36 percent to 96.388, its fourth consecutive session in the red and its weakest level since July 1. The Phase 1 trade agreement, which was reached earlier in December, has reduced demand for the safe-haven currency, pulling the dollar down 1.92 percent in the last month.

December’s move has undone much of the dollar’s strong 2019 thanks to the relative out-performance of the U.S. economy and a long period of uncertainty in the negotiations between Washington and Beijing. On the last trading day of the year, the dollar was up just 0.25 percent for 2019 compared to 4.4 percent in 2018. At the end of November, it was up 2.18 percent for the year. The shift also reflects investor bets that the dollar will weaken further in 2020.

Buoyant end-of-year sentiment encouraged investors to buy up currencies linked to trade and global growth, sending the Australian dollar, Chinese yuan and Scandinavian crowns to multi-month or multi-week highs against the greenback. Investors’ appetite for risk also helped drive the euro to $1.124, a five-month high. It was last trading 0.27 percent higher at $1.123. Signs that the euro zone economy may be stabilizing have lifted the common currency in recent weeks as investors unwound short positions.