Rail Corridor Between Iran And Afghanistan To Boost Trade 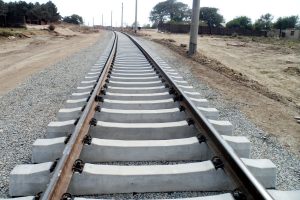 A major railway connecting Iran and neighboring Afghanistan will be ready in March as construction of a key cross-border line is nearing completion. Iran has almost finished its part of the Khaf-Herat railway, which runs 139 kilometers in three sections straddling the border between the two countries. Once finished, the railway would hugely boost trade between Iran and Afghanistan, a country which has no active railway system, while it would help the Afghans to use various transportation corridors via Iran to expand business with other countries.

Iran has implemented massive plans for expansion of its domestic railway network while it has pursued plans for linking up to neighboring countries to facilitate trade. Afghanistan is expected to hugely benefit from development of the Iranian rail network, especially through a key link connecting the port city of Chabahar on the Sea of Oman to Zahedan, near the Afghan border. The massive project, which is jointly built by Iran and India, is meant to facilitate trade from the Indian Ocean via Iran to Afghanistan and further north to the Central Asian countries.