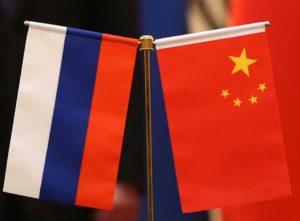 Beijing expects trade turnover with Moscow to surpass $110 billion in 2019, setting a new record for trade volume between the two countries, according to a Chinese Ministry of Commerce (MOC) forecast. From January to November, mutual trade between Russia and China stood at 100.32 billion, which is 3.1 percent more than in the same period last year.
Sino-Russian trade turnover has been steadily growing in recent years. In 2017, it surged by 20.8 percent year-on-year to $84.07 billion, while in 2018 mutual trade soared 27.1 percent to top $107 billion for the first time ever.

The two countries, both currently facing pressure from the US – in the form of sanctions against Russia and a simmering trade war with China – have recently set the ambitious goal of doubling trade turnover to reach $200 billion by 2024.