in Asia, In News 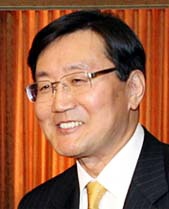 Yonhap reported that South Korea will seek to provide about KRW 50 trillion in new funds to smaller companies in 2009 to help them cope with cash shortages amid a slumping economy. Smaller local companies are suffering from a liquidity squeeze as banks have become wary of lending to them due to mounting bad loans.

Financial Services Commission said in a statement that “The government will push to supply more than 60% out of the planned funds to smaller companies in the first half when a severe downturn is expected.”

It said that it will expand its debt guarantee capacity by state owned credit guarantee agencies to KRW 25.2 trillion in 2009 from KRW 13.5 trillion in 2008 in a bid to help reduce risk burdens in lending to smaller firms. It added that two state owned banks, the Korea Development Bank and Industrial Bank of Korea, also plan to increase loans to small and medium enterprises by a combined KRW 44 trillion in 2009.

Mr Jun Kwang woo chairman of the FSC said that “The government plans to make efforts to provide ample liquidity to SMEs swiftly, but not all firms will get it. The government will push to restructure non viable companies while pumping liquidity to firms which are suffering from temporary cash shortages.”