South Africa To Rely On Subcontinent For Coal Exports 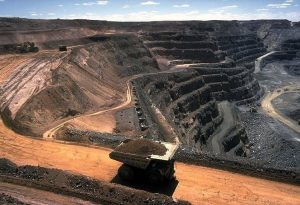 One of the major coal exporters, South Africa is now having to rely more on markets like the ones in the Indian Subcontinent, especially India, in a bid to find buyers for its product. South Africa hasn’t managed to penetrate Far East Asian markets, but it’s faring better in the Subcontinent, where demand is booming.

In a recent report, shipbroker Banchero Costa said that “South Africa’s energy resource base is dominated by coal, and this is unlikely to change significantly over the next decade given the relative lack, for the time being, of a suitable alternative to coal as an energy source. The country is also a major exporter of coal to global markets, but is now facing a long-term decline in its export volumes and a re-shuffling of trade routes. In the first 10 months of 2019, based on Refinitiv vessel tracking data, South Africa exported 55.4 mln tonnes of coal (including all grades). This was a cutback of -6.2 percent year-on-year from 2018, in other words 3.7 mln tonnes less than in the same period last year. Even more worryingly, it was -11.7 percent down from the same period of 2017”.