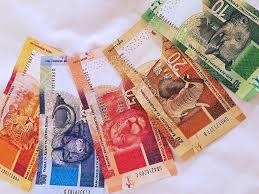 South Africa’s rand rose holding on to gains from previous sessions triggered by a global investor hunt for high yields and optimism over a breakthrough in trade standoff between China and the United States. The rand has gained about 5% since mid-December, despite a raft of data releases showing a weak economy and nationwide blackouts by state power company Eskom, with investors willing to overlook the negatives and pocket the high yield.

The currency has hovered around a five-month best against the dollar for the last week. In the previous session it crossed below 14.00 before succumbing to some profit-taking as traders wrapped up positions heading into the end of the year. With local markets closing early and volumes already slim, the rand is set to trade between 14.00 and 14.20 for the rest of the week.

Data from the central bank earlier showed growth in private-sector credit in slowed to 6.60% year-on-year in November from 7.28% in October, underlying the weak consumer activity likely to keep economic growth constrained in 2020.