South Africa’s Rand Edges Up After Slump On Iran-U.S. Tensions 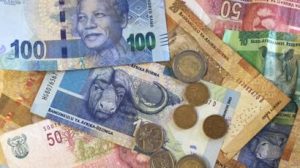 South Africa’s rand rebounded slightly in late trade after a steep fall last week, joining some other emerging market currencies in paring some losses even as Iran and the United States traded threats. At 1557 GMT, the rand ZAR=D3 was trading at 14.2290 per dollar, 0.5% stronger than its New York close last week.

The rand sank against the dollar last week as investors fretted that the killing of Iran’s most prominent military commander by the United States could trigger a broader Middle East conflict, prompting them to dump riskier assets. The currency also started weaker following the resumption of power cuts at South Africa’s struggling state utility Eskom.

Stocks however continued to struggle as markets waited to see how the situation in the Middle East would unfold. U.S. President Donald Trump has warned of a ‘major retaliation’ should Tehran strike back, while Iran’s replacement commander vowed to expel the United States from the region.