Sri Lanka-NccSl to target sme’s in north and east

The National Chamber of Commerce Sri Lanka (NCCSL), held its Annual General Meeting in the last week of January, highlighting the event with the launch of its official website www.nccsl.lk.

The SME (Small and Medium Enterprise) Development Programme that was implemented by the National Chamber of Commerce of Sri Lanka and the Government of Netherlands comprised of several objectives that included the creation of a sustainable SME sector in the country with a significant contribution to the Gross Domestic Product (GDP) and employment generation and the increase of self-reliance in small and medium scale entrepreneurs.

The NCCSL said that the project had definitely reaped immense benefit and lived up to its objectives so far. ‘The SME sector makes a large contribution to the total GDP of any country .Our chamber took a leading role in helping the SME industries here last year. Around 600 industries have been targeted this year together with support from the Netherlands Government,” said President-elect, NCCSL, Mr. Chandralaal de Alwis. The chief guest for the event was the Minister of Export Development and International Trade, Prof. G.L. Pieris who expressed his views on the current peace process and the recession that was hitting the markets.

“Peace brings along with it enormous potential for development and vistas of opportunities. One such window is the Eastern province. With its mass hectares of unoccupied land, due to its records of war and turmoil, the East definitely promises accommodation for commercial exploitation. In considering the development of the Eastern province as its first priority, I believe the Chamber has taken on a smart move identifying and taking in to full advantage the strengths of our country, especially in such a critical period of recession,” Prof. G.L. Pieris noted.

The Minister also made reference to the abundance of citrus fruits, dairy farming and wide arena of foliage and flowers in the East, together with its abundance of spices, and almost 200 hectares of land that was used for cinnamon cultivation which has proved attractive to even the ambassador of Brazil to build bonds with Sri Lanka.

“We must achieve self sufficiency through our own products and not spend money on importing food items, while we are abundant of them ourselves,” Minister Peiris added.

“Sri Lanka does not lack creativity and imagination but people with innovative ideas must have access to the markets. The Export Development Board has worked closely with the Chamber to bring about this concept. The development of the tourism sector in the East is also taken in to great interest, especially Arugambe and Paasikuda. With endless possibilities, I strongly am convinced that for the development of the Eastern province, the NCCSL’s move in identifying the SME as principal level is the way forward.”

In terms of development in the construction sector, Prof. G.L. Pieris called for a close collaboration between the government and the NCCSL, to work together towards improvement.

“The government should not intervene unnecessarily, especially regarding the market trends, that must be allowed to determine prices and other issues related.

However a useful intervention of the government can be witnessed at instances in the apparel sector and tea industry. Involvement of the Government among the rubber producers however helped to protect the local industries from a crisis,” Prof. Pieris concluded. 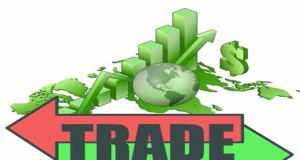 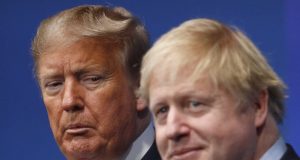