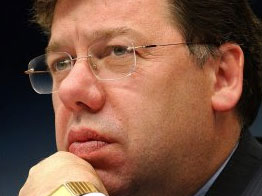 I am delighted to be here today at this conference on “Supporting our SMEs: Overcoming Barriers to their Development”, hosted by the Economic and Social Policy Commission (ECOS) of the EU Committee of the Regions, in association with the Irish Border Midland and Western Regional Assembly, and the Association of Irish Regions.

I would like to welcome those members of the Committee of the Regions who have traveled here today—including the newest Irish appointee to the Committee, John Lahart of South Dublin County Council.
I would like to acknowledge in particular the role of Cllr. Connie Hannify, as President of the Committee’s Economic and Social Policy Commission (ECOS), who has been instrumental in organizing today’s distinguished gathering here in Athlone.
Lisbon Agenda for Growth and Jobs

As you know, the 2008 Spring European Council has launched a new cycle of the renewed Lisbon Agenda for growth and jobs.

Ireland is fully supportive of the emphasis agreed by the European Heads of Government on accelerating implementation of the integrated guidelines agreed in 2005, and the agreement that these will continue to serve for the period up to 2010.

It is clear that the more challenging economic environment that Ireland and Europe now face will require a renewed focus on the reforms and the investment necessary to sustain jobs and growth.
The cornerstones of the Lisbon Agenda remain the four priority action areas agreed by the EU Heads of Government in Spring 2006—including a sustained emphasis on unlocking business potential, particularly of SMEs.

That is why it is entirely appropriate that this emphasis on realizing the full potential of the SME sector, which accounts for 99% of companies across the 27 Member States, is the focus of your deliberations here today.

The proposed “Small Business Act (SBA) for Europe”, published by the Commission on 25 June, is further reflection of the shared acknowledgement, at the highest political levels, of the crucial role of small business as the backbone of the European economy.
Ireland is generally supportive of the “Small Business Act”, and welcomes in particular that the principles of subsidiarity and proportionality are fully reflected in the Commission’s proposals.
Indeed, the “Small Business Act”—and its underlying emphasis on “Think Small First”— strongly reflects the themes identified by the Small Business Forum here in Ireland, and the direction it set out which now underpins our domestic policy agenda in this key area.

Supporting Small Business
As we work towards the Budget on October 14th, the challenge for Government is to manage the economy through the global international downturn. In these uncertain economic times, it is important that we take decisive action and make prudent choices so this country is best placed to benefit from the inevitable upsurge in the international economy when it comes.

Small and Medium-sided Enterprises are crucial to our objective of creating and maintaining well-paid jobs for our people. Over 800,000 people work in the small business sector and its well-being is a key ingredient in the success of our national economy.

This Government has a strong track-record in implementing policies that support enterprise and maximize employment. It is worth pointing out that the latest World Doing Business report ranks us 7th overall, out of 182 countries as a place to do business. That same report ranks Ireland as the 5th easiest place to establish a business and the 3rd cheapest location for business start-up regulation.
It is an objective of Government to further reduce the burden of regulation. Concrete measures to cut Red Tape are already saving businesses in Ireland €20 million per annum and we aim to reduce the administrative burden on Irish businesses by 25%.

The Report of the Small Business Forum, published in May 2006, set out a comprehensive agenda designed to ensure that the small business sector achieves its full potential, and continues to play a key role in our economic development over the decade ahead.

Significant progress has already been made in taking this agenda forward. As Minister for Finance in Budgets 2007 and 2008, I provided for a series of measures designed to help the small business sector. They included the extension and radical improvement of the Business Expansion and Seed Capital Schemes up to 2013; and important increases in the VAT Cash Accounting and VAT Registration Turnover Thresholds.

Irish Revenue Commissioners’ data for the Business Expansion and Seed Capital Schemes show that 279 companies raised BES/SCS investments on or after 1 January 2007, amounting to a total of €80 million in the twelve month period.

VAT Registration Turnover Thresholds were further increased for the second successive year from 1 May 2008 to €37,500 for services and to €75,000 for goods. This measure will take approximately 2,700 businesses out of the VAT system. In addition, the Finance Act 2007 confirmed changes to the preliminary tax obligations of certain companies as recommended by the Small Business Forum.
The threshold for the exemption from the requirement that companies have their accounts audited has been increased from €1.5m to €7.3m.

The Innovation Voucher Scheme, launched in March 2007, provides an incentive to small enterprises to explore new ideas within their businesses and help drive levels of innovation within the sector.
The “Tech-Check” Programme, launched in April 2007, now provides small businesses with the opportunity to access a highly subsidized independent technology check-up, identifying ways to boost productivity and profitability through the better use of technology.

The Management Development Council, established in May 2007, will benchmark Ireland’s current management development provision. It will also develop a coordinated approach to raising awareness in the SME sector of the value of and need for leadership and management skills.
In addition to all of this, the annual “Small Business in Ireland” Report, first published by the Central Statistics Office in May 2007, now brings together a comprehensive set of statistics that clearly demonstrates the importance of the small business sector to our economy as we work to protect and build upon the gains this country has made over the past decade.

It is worth noting that Enterprise Ireland, who are responsible for the development and promotion of the indigenous business sector, recently reported exceptional performance by client companies in global markets with the value of exports exceeding 13 billion euro in 2007. New export sales over the 2005-2007 strategy period were over 4 billion euro which exceeded the target by nearly one-third. This represents strong progress in the face of intensifying global competition and increasing market challenges. As a result, more Irish companies than ever before are building strong sustainable positions in the international marketplace.

I would like to turn for a few moments to the referendum on the Lisbon Treaty.
The result of the Lisbon Treaty referendum of 12 June has brought about increased uncertainty and poses a considerable challenge to Ireland and, indeed, all Member States. What we were faced with in June, and are still faced with now, is how to manage the situation arising from that vote.
What is clear to me, and to all my colleagues in Government, is that we must find a way forward that respects the will of the Irish people, and at the same time is acceptable to all Member States. The message from our partners is that Europe needs this Treaty so that the European Union is fit for the challenges it is now facing and will face in time to come.

Let me be clear: there is no quick fix or easy solution. It is important that we do not jump to hasty conclusions. All options will be thoroughly considered before we move to reach any conclusions. We face very real challenges in the period ahead. It is vital that we approach these with determination and with a belief in our ability, when combined with that of our partners in Europe, to find solutions for a way forward that can command support from all Member States.

We need the debate about our relationship with Europe to be calmer, more serious, and premised on the reality of compromise in international relations, particularly the European Union where give and take is essential if we are not to destroy our capacity to cooperate in our collective interest.

The new Oireachtas Committee will play a key role in taking forward our domestic debate and perhaps also settling some of the issues which caused such confusion during the campaign. I look forward to its operation under a tight deadline which should serve to bring a sharp focus to its work.

My own view is that Ireland’s future is bound up with that of Europe’s. In the days and weeks to come we will be working to ensure that Ireland remains at the heart of Europe—and that Ireland and Europe continue to develop and grow together.

In conclusion, I would like to express my continued commitment to supporting the SME sector in Ireland and initiatives to create the best possible environment for the current and future of generations of Irish entrepreneurs. I trust you will have a successful conference and wish you well in your deliberations.
Go raibh míle maith agaibh. 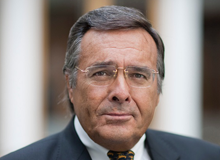 Companies from India and Germany Cooperate In The Initiative “Digital India” In The Sectors “Industry 4.0” And “The Internet of Things” – Mario Ohoven 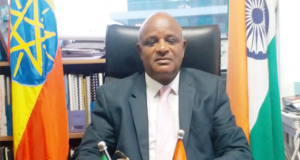 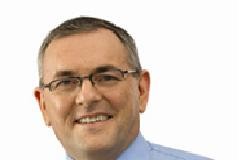