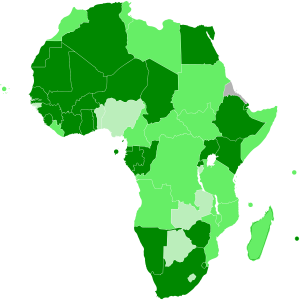 The African continental free trade area is an engine for regional integration and the promotion of employment in North Africa. Over the past decade, North Africa has made significant progress in economic development. In terms of Sustainable Development Goals, three North African countries are among the top five in Africa. But, they are still over 30% away from achieving the SDGs by 2030.

North Africa has positioned itself as the second fastest growing sub-region on the continent with an estimated GDP increase of 3.4% in 2019. However, growth remains volatile, due to dependence on sectors, sensitive to exogenous shocks (primary sector and natural resources). The African Continental Free Trade Area (ACFTA), offers a golden opportunity for North Africa to strengthen regional integration and create hundreds of thousands of new job opportunities. The positive growth prospects of the African continent can indeed turn the FTAA into an exceptional opportunity for North Africa to increase its exports of manufactured goods.

As intra-African trade is projected to increase by nearly $70 billion in 2020, North African exporters could receive up to 20% of this gain. 53% of this expansion would be attributable to an increase in intra-North African trade alone and the rest to an increase in exports from North African countries to the rest of Africa. North African countries should coordinate their policies to promote the sub-regions capacity to benefit from a free trade area. Policies should facilitate trade, finance, and investment within and across borders, particularly to build regional value chains in sectors such as textiles, food processing, and automobiles as prime examples.

These policies, should eliminate formal and informal tariff barriers, improve the regional road network, and strengthen port services that suffer from inefficiencies, bureaucratic delays and the lack of a well-defined regulatory environment. Private sector development is key to seizing the opportunities offered by the FTAA. The private sectors in Egypt, Morocco and Tunisia are active and quite diversified but have limited financial resources. The financing gap for small and medium-sized enterprises in North Africa is estimated at around $90 billion.