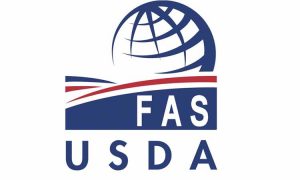 Farmers can expect benefits from pending trade agreements with China and North America as well as a recent agreement signed with Japan, the head of the United States Department of Agriculture (USDA) Foreign Agricultural Service (FAS) said at Land Expo 2020 in Des Moines, Iowa. Ken Isley, administrator of Foreign Agricultural Service (FAS) revealed that the the U.S. beef industry will benefit from the market access part of the deal. Beef in China represents a great opportunity. Isley is optimistic about another trade agreement, the U.S.-Mexico-Canada Agreement (USMCA), which strengthens an export market worth $40 billion to American farmers. The deal improves exports for U.S. dairy, wheat, and wine, which was approved by the House of Representatives after more than a year. Another agreement, which will be phased in, aims to cover 90% of products going into Japan tariff-free or in an enhanced position. Other agreements with the European Union will eventually result in $400 million in increased U.S. beef exports and in soybean exports for use in biofuels.