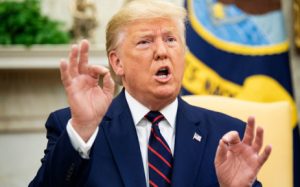 President Donald Trump has threatened to blow up the established order of international trade to get fairer terms for the United States. But after three years of tariff hikes and trade negotiations that have yielded some gains, the jury is still out on whether his get-tough approach has produced better results than the tactics of predecessors who were less willing to wreak havoc to get their way. In 2020, Trump could shift some of his attention away from China and toward the European Union and the United Kingdom in an effort to redefine the U.S. relationship with both trading partners in the post-Brexit world.