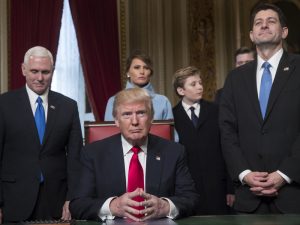 The Trump administration will exempt some companies from Australia, Canada and the United Kingdom from beefed up scrutiny of foreign investments in the United States. The finalized rules, which will go into effect on Feb. 13, extend the powers of the Committee on Foreign Investment in the United States, known as CFIUS, which has increasingly flexed its muscle against Chinese firms. They are part of a bid, enshrined into law in 2018, to extend the panel’s powers to review non-controlling investments made by foreigners in key areas like critical technologies, infrastructure and sensitive personal data. The rules, proposed in September, also allow the committee to review more real estate transactions, part of a bid to protect them from adversaries like China and Russia. Tensions with China could ease. U.S. President Donald Trump is expected to sign a limited trade deal with Chinese officials soon to boost protections of U.S. intellectual property, lower tariffs and increase Chinese purchases of U.S. goods.