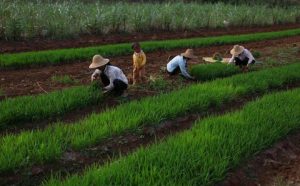 African countries want China to open up its markets to the continent’s agricultural products, Uganda’s President Yoweri Museveni told top Chinese diplomat Yang Jiechi after Beijing vowed to boost agricultural trade with the United States. In a meeting with Yang in Uganda, Museveni said an increasing number of African countries wanted to sell to the lucrative Chinese market.

He said Africa had a surplus of agricultural products despite exporting to Europe and the US, partly because trade between African countries remained low. China is Africa’s largest trading partner, having surpassed the US in 2009. Africa’s trade with China was worth US$204 billion last year, according to figures from China’s Ministry of Commerce.

China is also the continent’s largest lender, having advanced more than US$143 billion between 2000 and 2017 to African countries for building motorways, power dams and railways, according to figures from the China Africa Research Initiative at the Johns Hopkins School of Advanced International Studies in Washington.

Museveni said China was interested in importing some aquatic products from Uganda, such as the Nile perch fish, which he said had high demand globally. With China exporting far more to the continent than it imports from it, African nations are aiming to restructure the trading relationship to narrow their trade deficit by working out what Chinese consumers want and how to get it to them.

China’s imports of African goods are dominated by natural resources such as crude oil, copper, cobalt, iron ore, diamonds, gold and titanium, which it buys to meet its industrial and manufacturing needs. In return, Africa imports machinery, electronics and manufactured consumer goods.