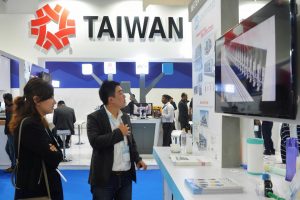 The US-China trade war has driven many Taiwanese firms to relocate production of high-end product lines back home from China in 2019, but it has also taken tolls on exports of some industries and dented Taiwan’s economic growth while also dampening China-bound investments, according to industry sources.

Besides triggering a wave of homeward investments among Taiwanese businesses operating in China, the tariff war has also helped some of them rake in extra orders from Chinese clients seeking to cut reliance on US suppliers of crucial IC components and equipment, the sources said. But many Taiwanese makers of machinery, textile and chemical products have suffered from the world’s weakening manufacturing momentum amid the global economic slump arising from the lingering trade tensions between the world’s two largest economies, the sources continued.

Statistics from Taiwan’s Ministry of Economic Affairs (MOEA) show that Taiwan’s China-bound investments in the first 10 months of 2019 plunged by US$3.74 billion or over 50% from a year earlier, with those by the manufacturing sector posting an even higher contraction of 63.2%. The plunge has been attributed partly to market uncertainties arising from the trade war and partly to the rise of China’s own supply chains and ever-rising personnel costs.

Another MOEA survey shows that 15.8% of Taiwanese investors in China have relocated or are considering moving production lines out of China to other regions, and up to 80% have chosen to suspend new investment projects in China. A further breakdown show that labor-intensive industries such as textiles have moved or will move their production lines to Southeast Asia, but those engaged in networking communications and servers have tended to return to Taiwan for investments. The MOEA has also estimated that Taiwan’s economic growth will contract 0.3 pp if China’s GDP falls by 1pp.