Home » In News » US Election, Brexit And China To Sway The Markets In 2020

US Election, Brexit And China To Sway The Markets In 2020 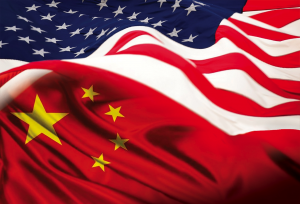 Donald Trump’s attempt to win a second term is likely to dominate the headlines for much of the next 12 months. Markets often do well in an election year – partly because the White House incumbent has every incentive to make people feel richer. Trump is rumoured to be considering a fiscal boost known as tax cuts 2.0 which could lift his popularity, and stocks, before the November election.

Trade tensions could escalate in 2020, particularly if the US intensifies pressure on Europe. Last month the US trade representative, Robert Lighthizer, criticised the “very unbalanced relationship” in trade across the Atlantic, signalling it was a White House priority for 2020. The US economy is enjoying its longest expansion ever, having been growing for more than 10 years. Fears of a recession in 2019 proved unfounded, but the trade tensions stirred up by Trump are bad for growth.

China and the US are due to sign their phase one trade deal this month. But there is a risk of this dispute flaring up again, leading to tariffs being reimposed on imports. That would have a chilling impact on the global economy. China’s economy is also likely to keep cooling in 2020, having slowed to its slowest annual growth rate in three decades in 2019, at 6%. Beijing will keep trying to jumpstart growth in 2020, but Nariman Behravesh, the chief economist of IHS Markit, says China is fighting structural factors including an ageing population and weaker productivity growth. In the UK, interest rates could be cut if the UK economy fares badly once Brexit takes place on 31 January.