Home » Open Trade » Canada » US Senator In Support Of USMCA

US Senator In Support Of USMCA 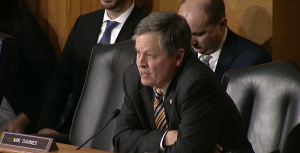 US Senator Steve Daines expressed his support for the US-Mexico-Canada (USMCA) trade agreement. The deal would replace NAFTA as a multilateral trade agreement designed to encourage freer and fairer trade between the three North American countries. Daines voted for the USMCA trade agreement to advance out of the Senate Finance Committee, which has jurisdiction over international trade deals, and onto the Senate floor. The Senate Finance Committee voted 25-3 in favor of advancing the USMCA into the next phase of the voting process.