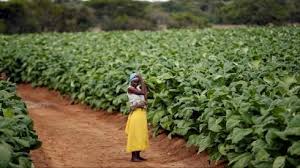 More than two million West African farmers toil daily to produce precious cocoa beans, but few will ever taste the fine chocolate it eventually produces. The trees that produce these butter-rich pods do not grow outside the steamy tropics, thriving instead on the bulge of Africa. As such, the region produces the bulk of the world’s cocoa. Yet, Belgian, Swiss, Italian and other European brands dominate consumer tastes. The African Development Bank (AfDB) estimates that only 5 per cent of the world’s chocolate income reaches farmers. The imbalance is so vast that some development specialists say it compares to illicit money being smuggled out of the continent.

African countries have struggled for years to maximize their take from the commodities they produce. In a bid to increase this share, Ghana and the Ivory Coast declared a fixed premium of $400 a tonne over the benchmark futures price from October last year. The ‘living income differential’ (LID) is intended, as the name suggests, to put more money in the pockets of farmers.

Ghana’s president Nana Akufo-Addo told an investment forum in Johannesburg in November that the two countries had co-operated to raise incomes for farmers. The main consumers of cocoa such as Belgian confection company Barry Callebaut, US chocolate giant Mars and Swiss food maker Nestle have all said they support the surcharge. However, it remains to be seen whether the extra $400 will reflect in prices paid by consumers.