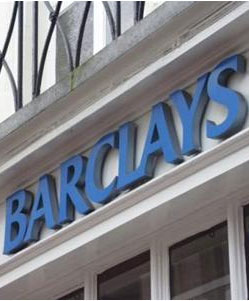 Barclays – LON: BARC – has announced increased financial support to UK SMEs.
Barclays currently has some £15 billion in lending balances in place with SME customers in the UK market, representing a six per cent year on year increase.

On December 15, the bank announced it would be making at least a further £1.5 billion available to SMEs in 2009, bringing its total commitment to some £16.5 billion by the end of 2009.

Barclays has also announced that it will make available its CreditFocus service free of charge to all UK small businesses.

CreditFocus provides users with the ability to credit check and be regularly updated on the credit worthiness of up to five customers or suppliers, which helps business owners make decisions on extending credit to their own customers/suppliers.

CreditFocus was developed in partnership with the credit reference agency Experian

“Especially during this time of uncertainty, Barclays is committed to lending to and supporting our business customers,” says John Varley, Group Chief Executive. “We have a strong history of working with business owners through economic highs and lows, and that support will continue. Today’s commitments are aimed at helping SMEs in the UK cope with the difficult environment.”

Barclays has said it is also working closely with the Government to develop the new Small Business Finance Scheme, and the bank intends to use this scheme early in 2009 to support individual business loans from £1,000 to £1,000,000.

Meanwhile in an interview with the Telegraph Varley warned that Britain is only mid way through the house price slump – meaning the total fall could be as much as 30 per cent.

He described as “madness” the previous lending policies’ of banks, in which 100 per cent mortgages and beyond were approved.

Mr. Varley admitted that banks were partly to blame for the current recession, saying it was time they showed “humility” and said “sorry” to customers for their role in the sharp economic downturn.

He said banks needed “to take their share of responsibility”.