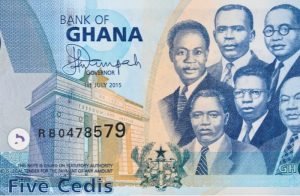 Ghana is determined to join a new West African currency, “Eco”, which is expected to replace the CFA Franc as early as 2020, according to a statement from the presidency. This move will help remove trade and monetary barriers, reduce transaction costs, boost economic activity, and raise the living standards of people. Ivorian President Alassane Ouattara recently announced that the eight-member West African Economic and Monetary Union, made up of mainly Francophone countries and Guinea Bissau, would discontinue the use of the CFA Franc in favor of a new common currency.

The union will keep its euro peg, while currency reserves currently in France will be moved. The former colonial power will also no longer have a seat on the board of the central bank. Ghana urged members of Ecowas, or the 15-member Economic Community of West African States, to work rapidly toward implementing the decisions taken by the regional body, including the adoption of a flexible exchange rate regime, instituting a federal system for the Ecowas Central Bank, and other related agreed convergence criteria. Ghana is a member of Ecowas but not the West African monetary union.