INCENTIVES TO LABOUR-INTENSIVE SECTORS TO CONTINUE 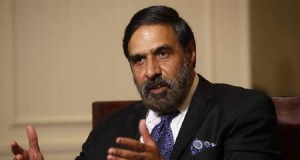 The government may continue incentives to labour-intensive sectors like leather, textile and engineering goods which continue to be in the red. “I have taken up the issue with the Finance Minister (Pranab Mukherjee). He has shown his sensitivity in continuing support for some of the sectors. Hopefully some more sectors could get the benefit,” Commerce and Industry Minister Anand Sharma told reporters on the sidelines of a Confederation of Indian Industry (CII)-EXIM Bank Conclave recently.

The finance minister, in the budget for 2010-11, extended the two percent interest subvention scheme for a year. The scheme was to expire by the end of March 2010. But the subsidy scheme was meant only for a few sectors like handlooms, handicrafts, carpets and small and medium enterprises.

Sharma met Mukherjee after the budget and urged him to grant more sops for certain export sectors which continue to make losses though the global demand has rebounded since November 2009.