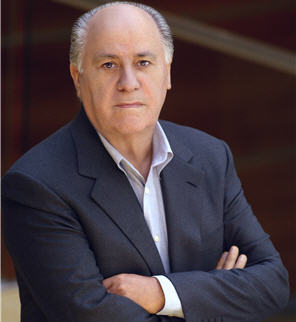 INDITEX has introduced a kind of revolution in the fashion sector that prompted other companies to rethink their strategy.

Inditex, one of the world’s largest fashion distributors, has more than 4,280 stores in 73 countries in Europe, the Americas, Asia and Africa. In addition to Zara, the largest of its retail chains,
Inditex has other commercial formats: Pull and Bear, Massimo Dutti, Bershka, Stradivarius,Oysho, Zara Home and Uterqüe. The Group also includes more than a hundred companies associated with the different activities in the business of textile and fashion design, manufacture and distribution.

INDITEX Group’s chairman and founder Amancio Ortega Gaona made his modest start working at the age of 14 as a gofer in a shirt store in La Coruna, Galicia. From the first venture into his own business in 1963, Mr Ortega reached a first milestone in 1975 with the opening of the first ZARA store in La Coruna,Spain. A decade later, he founded INDITEX as holding company for its various subsidiaries, paving the way for the Group’s expansion outside Spain. After opening the first store outside Spain in Portugal in 1988, the Group secured beachheads into the US and France with the opening of outlets in New York in 1989 and in Paris in 1990.

INDITEX Group launched the “PULL & BEAR” chain of casual wear in 1991 and in the same year purchased 65% stake into Massimo Dutti Group, a high-end fashion concern, which it eventually acquired in full in 1995. Meanwhile, it continued the drive into the international market by opening a succession of stores in Mexico, Greece, Belgium and Sweden, respectively from 1992-1994.

The Group launched the Bershka chain targeting the younger female segment in 1998, when it also set up stores in Argentina, Japan, UK, Venezuela, Lebanon, UAE, Kuwait and Turkey. In 1999, INDITEX acquired STRADIVARIUS, making it the fifth chain of the Group, and opened its stores in new countries namely the Netherlands, Germany, Poland, Saudi Arabia, Bahrain, Canada, Brazil, Chile and Uruguay. In 2000, INDITEX built its headquarters in Arteixo, A Coruna, Spain, while opening stores in four new countries. The company was listed in the Spanish stock market in May 2001 with its IPO shares sold out the day it went public, the year when it added six more countries to its global footprint.

INDITEX had seven different firms with seven different trademarks under its umbrella, with an income of over 1.6 billion Euro in 2001. It had 1,376 stores in 42 countries across the world. The Group’s future looked promising, with its blueprint to establish presence worldwide, investing over 500 million Euros in the shops in 2002, while launching a new product line: women’s underwear-Oysho. Oysho has more than 375 stores in 23 countries. Its central services are located in Tordera(Barcelona).

In 2003,Zara Home- the seventh concept created by the Inditex Group was launched. It specialises in home furnishings, focussing on textiles, such as bed,table and bathroom linen, complemented by tableware,cutlery, glassware and decorative items.It has more than 240 stores in 24 countries.Its central services are located in Arteixo (ACoruña).In 2004, the Inditex Group opened store number 2,000 in Hong Kong, thereby reaching a presence in 50 countries in Europe, The Americas, Asia and Africa.

Uterqüe is the latest chain to be created by the Inditex Group in 2008.The business proposal of
Uterqüe focuses on accessories –handbags, footwear and leather goods, costume jewellery and other
accessories such as shawls, eyewear, umbrellas or hats, together with a selected range of garments and leather clothing.

INDITEX success lies in the goodwill value of the Group’s trade marks: Zara for the middle-class segment, Massimo for the high-end, Pull&Bear for casual clothing line. The Group does not invest heavily in advertisement campaigns, but it focuses on investment in the “image” of the shops. It focuses on delivering value for money, and the capacity to adapt to consumer’s tastes. 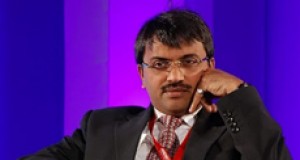 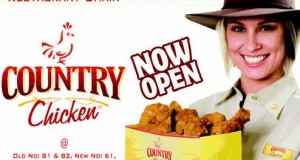